Watching a sea otter crack open a sea urchin on its chest, waking up to find wolf tracks on the beach in front of your camp, or quietly sitting in your kayak observing a black bear forage for seafood at low tide are truly special experiences—experiences you can have on a Sea Otter Explorer Tour with Kingfisher Wilderness Adventures. 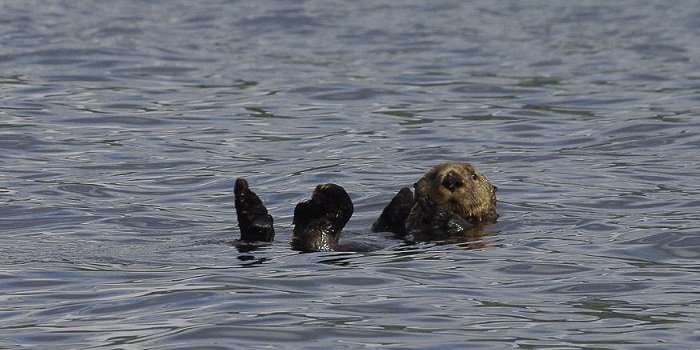 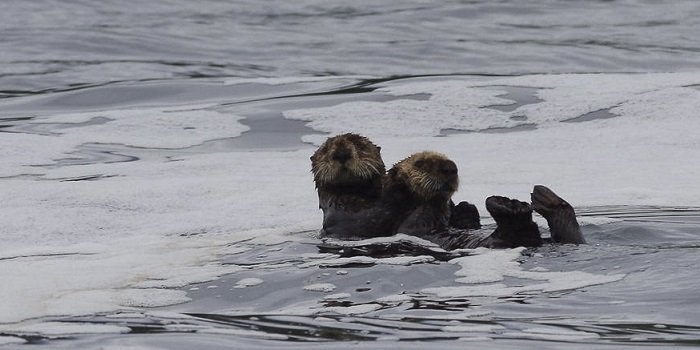 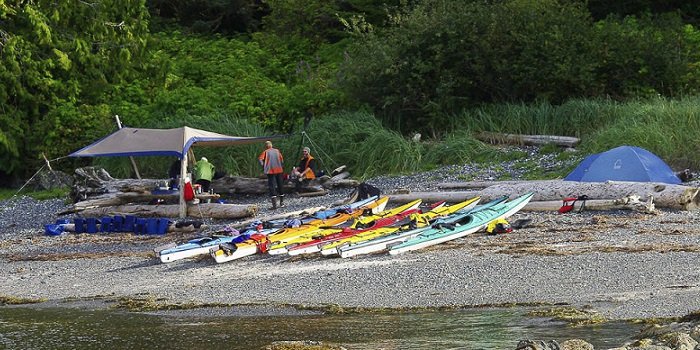 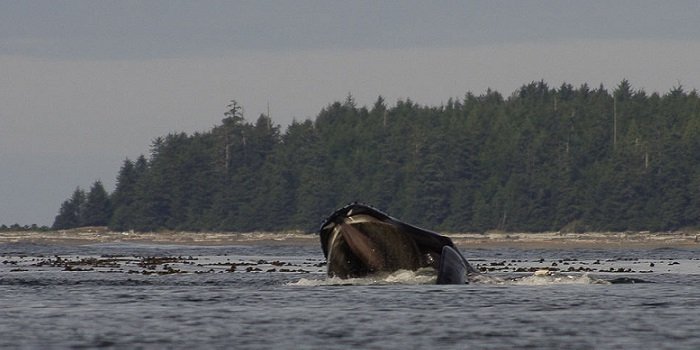 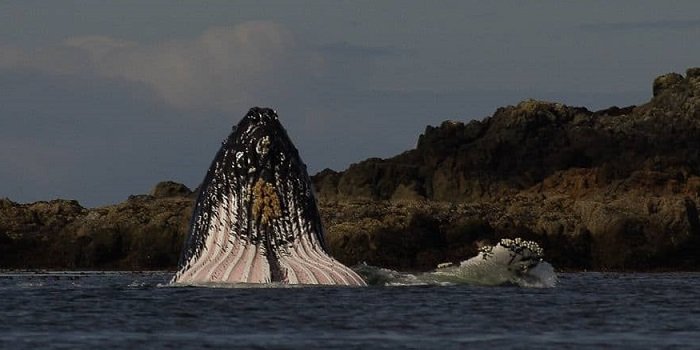 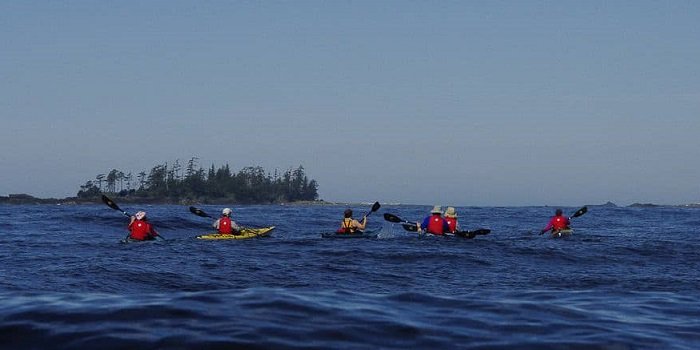 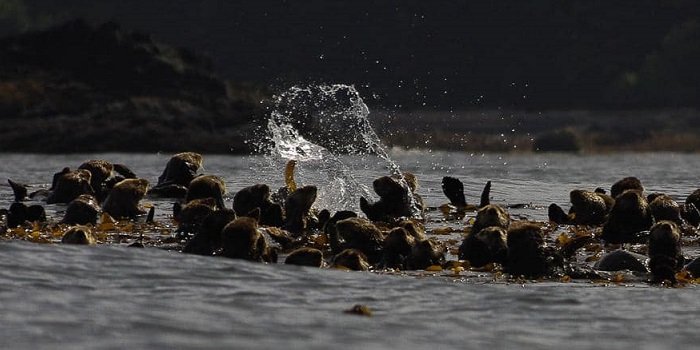 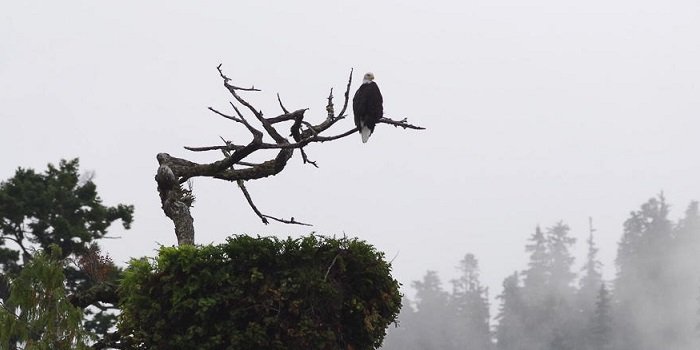 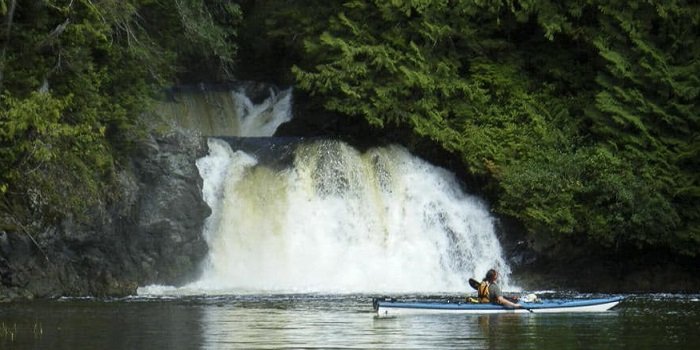 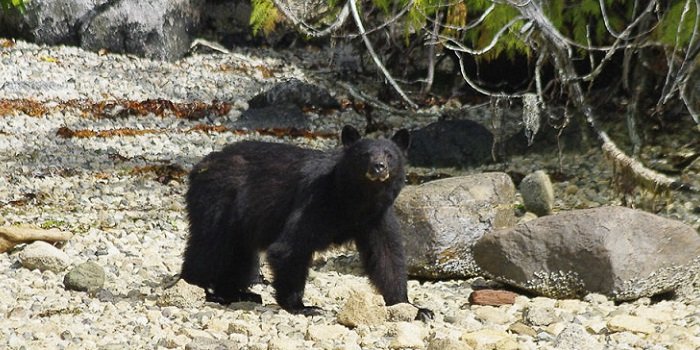 On the wild west coast of Vancouver Island lies Nuchatlitz Provincial Marine Park – a spectacular group of small islets, soft sand beaches, open ocean views, and amazing wildlife. Nuchatlitz is one of the few places in Canada where we can reliably view sea otters. After being hunted almost to extinction in the last century, their population is steadily growing, and now in Nuchatlitz we can view large rafts of these playful creatures.

Our water taxi drops us off on a remote island for this five-day voyage. Days are spent exploring the many islets, reefs, and beaches of Nuchatlitz Provincial Marine Park and Nootka Island. We usually move between two or three different camps during this trip, depending on weather, wildlife sightings and group interests.

In addition to the area’s large sea otter population we often encounter humpback whales during our paddles and Nootka Island is home to healthy wolf and black bear populations. Black bears can often be seen foraging along the beaches at low tide. However, sightings of wolves are much more elusive and while we may not see them we may see their tracks in the sand and hear them howling at night.

If you are looking for a tour that encompasses sandy beaches, west coast scenery, and fantastic wildlife, try our five-day Sea Otter Explorer kayak tour.