Historically, the facility known commonly (though not officially) as Area 51 was involved with building and testing experimental and classified aircraft and weapons. Today, what goes on at Area 51 is also classified, but the site is at the epicenter of lots of conspiracy theories.

Many believe that UFOs and the aliens piloting them have been captured by the government and brought to Area 51 for research. This includes items thought to have been found in Roswell, New Mexico. Whatever you believe, an entire tourist industry focused on extraterrestrial life has grown up in the area, including the small town of Rachel, nearest the site.

Discover Area 51 on this guided, full-day adventure from Las Vegas. Travel through some of the most desolate, uninhabited and scenic desert landscape in the world to witness this infamous location. See top-secret Janet Airlines at Las Vegas International Airport, the mutant Joshua Tree Forest, mysterious Dry Lake, plus alien petroglyphs, the Black Mailbox and more. Stop for lunch at the Little A'Le'Inn. Lunch, snacks, bottled water and a hotel pickup/drop-off included. 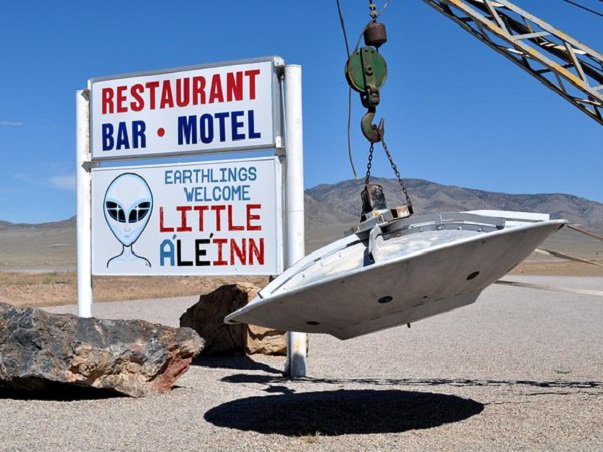